Why Ears Are As Unique As Fingerprints

Did you know ears are as unique as fingerprints? We put a finger on it.

Did you know your ears are as distinct as your fingerprints?

In fact, recognition of the uniqueness of the ear was established before Sir Francis Galton determined, in 1892, that every person’s fingerprints were individual.

The credit belongs to Frenchman Armede Joux, a modern pioneer of the study of ears. Forty years prior to Galton's discovery, Joux declared in Gazette des hopitaux de Paris that:

“Show me your ear and I'll tell you who you are, where you came from and where you are going.”

And another 50 years before Joux, Johann Kaspar Lavater, a Swiss poet, writer, philosopher, physiognomist and theologian, avowed that one could tell personality of a man by studying the sum of his parts - particularly his ears.

The ‘science’ of physiogonomy and phrenology have been well and truly debunked, yet the undoubtedly unique characteristics an individual leaves behind at a crime scene has been an invaluable aid to law enforcement for over a 100 years. 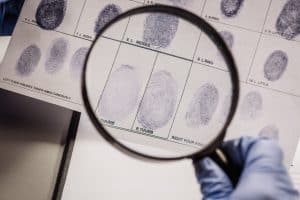 Your ears - both inside and out - are as unique as you are!

Eavesdropping ne’er-do-wells can be identified by their earprint, formed by natural waxes and oils, and left behind at crime scenes. Investigators routinely check for the print on doors and windows, but it has offered less predictable identification results than fingerprints.

But still, scientists are hopeful of popularising the technique, and have developed a computer algorithm claimed have an uncanny success rate in identifying individuals.

“When you’re born your ear is fully formed. The lobe descends a little, but overall it stays the same. It’s a great way to identify people,” said Mark Nixon, a computer scientist at the University of Southampton and leader of the research.

Nixon and his team presented a paper at the IEEE Fourth International Conference on Biometrics that claimed individual identification with 99.6% accuracy.

While forensic scene-of-crime officers do collect ear prints, it is generally not considered a key piece of evidence. However, when it is combined with other clues, it does lead to successful convictions in cases in Britain and in Europe.

Your Ears Are Unique As You Are

But the uniqueness of your ear is not just limited to the outer ear. Each one processes sounds slightly differently too.

The microscopic hair cells in the cochlea of our inner ears, detects sound waves and turns them into minute electrical signals for our brain. And they also produce their own faint sounds which is unique to us.

This occurs as a byproduct of the process that amplifies quiet sounds. These cells vibrate and produce a noise that is inaudible to the human ear, but can be detected using sensitive microphones. This is called otoacoustic emissions.

Doctors play a series of clicks to see how the hair cells respond as a guide to determine any potential hearing loss. This technique to test the hearing of very young children.

No Such Thing As One Size Fits All

There is no such thing as a ‘one size fits all’ approach to hearing aids. We strongly recommend that people do not purchase hearing aids online. You need the right solution worked out for you by your audiologist.

Your hearing aid needs to be programmed to suit your individual hearing loss which requires an in-depth test. Completely-in-canal (CIC) types of hearing aids require individual moulds to ensure a tailored and comfortable fit.