Starkey Hearing Aids has just released a new line of hearing aids based on its brand new Quad Core Synergy chipset. This chipset has allowed them to leapfrog some of the largest hearing aid in the world in regards to a few core functionalities relating to sound quality and performance in loud noise.

The new Synergy Chipset is 5 times faster than the previous Starkey chip and uses an 18bit A2D converter to deliver a best in class 110 dB Dynamic input range. Compare this to Phonak and Widex who lead the field in this area with 101dB and 108dB respectively and you can see how Starkey has now become a very serious contender. The Synergy chipset allows for a 10Khz frequency response, meaning better fidelity. So overall we would expect the sound quality to be second to none.

Starkey hearing aids have further been enhanced with up to 24 independent channels in the premium 2400 models, exceeding the 16 channels previously available at that level. 24 channels match the 24 natural channels for the speech range in the human ear. The lower end models have fewer channels corresponding with their model number. The 2000 has 20 channels, the 1600 has 16 channels and the 1200 has 12 channels of processing.

Starkey has also been able to upgrade their directionality to multichannel adaptive directionality, which is an improvement in some situations over the fixed directionality found on the previous generations. This should lead to better speech understanding in certain noisy situations.

The new chip also brings a better wireless component which, means wireless capability even in the invisible in the canal models (SoundLens 2400). The chip size has been reduced, meaning the non-wireless of the Soundlens can be made even smaller than the already market-leading Soundlens 2.

The new processing power in the new Synergy chipset allows the hearing aid to more intelligently change itself based on the environment you find yourself in. The Premium 2400 range can dynamically and automatically adapt itself to 10 environments (Home, Conversation, Restaurant, Meeting, Mall, Outdoors, Workplace, Car, Crowd and Music.). The Advanced 2000 model has 8 situations (lacks automatic Crowd and Music modes) while the Standard 1600 has 6 Situations (lacks automatic Crowd, Music, Car and Workplace modes)

The new wireless chip also allows new wireless functionality previously only found in larger manufacturer’s hearing aids such as ear to ear streaming of phone signals as well as allowing the use of wireless CROS and BiCros fittings. This opens up a new world of phone use for Starkey users and allows for more options with clients with single sided deafness.

The New chipset is being rolled out from now through to April 2016 in the following models: 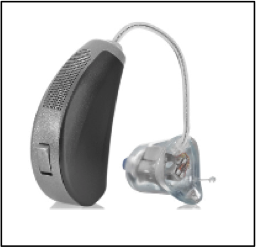 use – Available in Behind-the-ear, Receiver in the Ear, In the ear, in the canal and completely in the canal options. – Replaces the Z series and 3 Series. 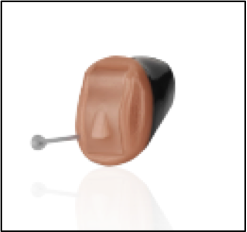 Soundlens Synergy – which replaces Soundlens 2. Soundlens is Starkey’s invisible in the canal model. The premium 2400 range has the option of wireless connectivity in a very small package in the ear.

To summarize Synergy benefits you in the following ways: