The Ears Hear, The Brain Listens

Hearing loss isolates us from the world around us - the sounds of nature, the conversations with friends and family - all of the important things which stimulates our senses and helps us fully participate in life.

We’ve covered the importance of getting hearing aids when you need them in other articles, including this one here on how to avoid dementia but I’d like to bring a more personal note to this post in the hope that if you or someone you know has hearing loss, you get tested and wear the appropriate hearing aids. 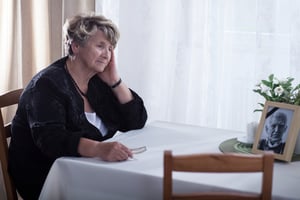 This is the story of my grandmother.

She was a strong, independent-minded Irishwoman, which is to say she was argumentative and stubborn as a mule.

One of her favourite times of year was Christmas when all the family would gather. After a pleasant lunch and a couple of Rieslings, she would love nothing better than to pick the most controversial topic of the moment and give her most extreme opinion on it.

Ah, they were fun times…

After my grandfather passed away, things changed.

My grandmother did her best to remain independent. The difficulties with her vision were harder to disguise and she allowed herself to wear glasses and use additional magnifiers but even then they weren’t enough. Reading New Idea involved placing the magazine three inches away from her face.

The hearing loss was more difficult for us to detect. 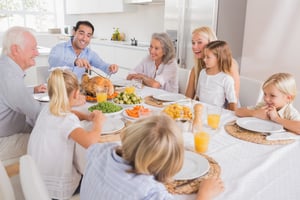 We all thought she was beginning to mellow in her old age. She would sit quietly at gatherings, only speaking when directly asked a question. Little did we realise that she had hearing loss and she was doing her level best to avoid acknowledging it.

She had become quite adept at ‘filling in the gaps’ and guessing when she couldn’t hear the right words. ‘Pardon?’ was becoming an increasing part of her vocabulary.

In the end it became obvious to us that she needed hearing aids. I was unwise to mention it to her one day.

“I most certainly do not need hearing aids!” She told me in no uncertain terms and she sulked, seriously sulked, for a good hour.

Other family members met with similar resistance and quite possibly received a less than polite response than the one I got!

To this day I don’t know what was said afterwards to my aunt and uncle but I’m pretty sure the air would have been blue.

Did I mention my grandmother was Irish? And stubborn? Forgive the oxymoron…

She got hearing aids, but...

Without a doubt, hearing aids made a difference. When she was wearing them, my grandmother was the mischievous, lively woman I had always known. But there was a problem. She didn’t wear them.

Once there was no denying the need for them, there came another challenge - actually wearing them.

She had trouble picking left from right and getting them settled into her ears. Worse still, was her inability to manage opening the battery door. How much of an effort she put into learning how to successfully wear the hearing aids was a matter for debate.

In the end, the hearing aids ended up in a drawer. No inducements, pleas, threats or cajoling could ever make her persevere with them.

My grandmother’s hearing deteriorated further over the next five years. She would try to compensate but in the end, conversations with her would simply be six rote sentences she’d ask at the beginning of each visit where she would pretend to listen to the answers.

At family gatherings she would sit quietly and not participate. Hearing simple questions like whether she would like a cup of tea was becoming increasingly difficult.

In just a couple of years, it was clear dementia was beginning to set in and it only got worse as time went on. She would ask the whereabouts of my mother and my grandfather, both of whom had long passed away.

At the very end of her life she did start to hear again - but only the voices that existed in her mind; the conversations with family no longer here; of a beau she once had before she married my grandfather.

Those voices she could hear very well, but none from the family who were here and still loved her.

We had become the ghosts in her life.

I wonder now, how much longer my grandmother might have had with us if she had persisted with her hearing aids and kept her brain active and stimulated.

In the two years since she passed away, she would have enjoyed longer quality of life, more time with family. And the opportunity to see the Irish singers and dancers she was so fond of. Most of all, she would have delighted in the birth of her first great-great-grandchild.

Don’t let stubbornness or fear put off what you know to be true - deafness cuts us off from people.

The sooner hearing loss is identified and your best hearing is maximised, the faster you will experience the benefits and savour life as long as possible with the people you love.

It could be that your hearing aids are doing exactly what they were designed to do - amplify volume in frequencies to help you better hear. But that is one only part of the equation. The second, and possibly more important part of the equation, is the brain.

The ears pick up and amplify the sounds and convert the sound to electrical signals. The signals are then reinterpreted by the brain into sounds that we can “hear”.

The longer you go without auditory stimulation, the more your brain goes into atrophy. It means you can actually forget sounds. The brain stores remembered sounds for up to three years following the onset of hearing loss.

After seven years, without stimulation, your brain will ‘forget’ sounds - and that includes speech. That’s why it’s vital to address hearing loss as soon as possible.

We have some articles here on how hearing aids can not only improve your hearing but also enhance your well-being and maintain your cognitive function.