If you have been following hearing aid technology over the last few years, you would have noticed that more and more hearing aids are made for iPhone (MFI). We have an article dedicated to Bluetooth Hearing aids here.

These have many benefits, especially when it comes to hearing more clearly on the mobile phone. They are also extremely convenient stand-ins for headphones as you can even stream music, podcasts and any other phone audio to the hearing aids in stereo. There is however a new technology, just released that takes this all to a new level. I'll get to that later in the article though. 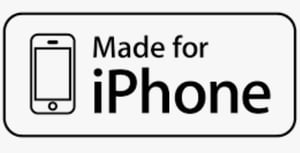 There are however a few problems with the MFI hearing aids

Why don't these devices sound as nice as wireless earphones?

It basically comes down to battery power. Wireless earphones such as Apple's Airpods use rechargeable batteries that can offer 5 hours of streaming before requiring a recharge. They are quite a bit bigger than hearing aids and have two main tasks, to play music properly and act as a headset for phone calls.

Hearing aid batteries are generally much smaller than those found in these rechargeable earphones. Not only that, but lasting only 5 hours before they die, will not meet the usage requirements of most hearing aid users, which can be up to 17 hours use a day in some cases. Bigger wireless headphones, such as those from Bose and others, can deliver 20 hours of streaming, but cut you off from the outside world and aren't exactly discreet.

Hearing aids also need to take everyday sounds, process and clean up the sound and then amplify the sound before putting it back in the user's ear, while keeping loud sounds down to avoid further hearing damage. So there is a lot more going on in a hearing aid compared to a relatively simple earphone.

Protocols and other technical stuff

I won't attempt to bore you, but I need to touch on a few technicalities to make tie it all together. So bear with me if you will. I promise to keep it 'light' (sorry to all my engineering readers who love dirty technical terminology).

Wireless headphones use classic Bluetooth technology, which has been well established and is capable of streaming stable, high quality stereo audio. The problem with Bluetooth Classic is that it has high power requirements and was not really suitable for hearing aid use because of this. 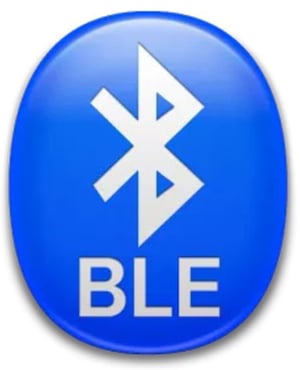 Bluetooth Low Energy (BLE) was developed, but unfortunately it did not support audio streaming. So apart from allowing phones to work as remote controls for BLE hearing aids, it did not really help the situation much.

Apple then developed a Low Energy Audio protocol (MFI), that allows audio streaming to devices with small batteries like hearing aids. The problem is that it only works on Apple devices. Although 'workable', it is not really what one would call high quality audio. It is more a 'nice to have' than a complete replacement for headphones.

Apple could do it as they control all the bits that go into their phones. Android had much more of a problem as there are so many different phone manufacturers using Android. Each does things slightly different and this made a workable Low energy audio protocol practically unworkable.

This is changing though. Google is working with GN Resound to bring a Low energy audio protocol to its Pixel 3 phones. It might take several years before this works on most Android phones though as the specification will require new hardware.

Not a bad place to be, but certainly not great either

So up until recently, connectivity in hearing aids was just about remote control and some less-than-optimal quality streaming. As long as you have a modern iPhone, and don't mind less than good quality, you'd be okay.

Many manufacturers have followed this MFI approach, and it is obvious that this is an attractive option to consumers. It can, however, also be very frustrating with the frequent drop outs and other issues. People often blame the hearing aids without understanding the way the aid needs to interact with the phone. GN Resound has recently been able to reduce the drop out rate by releasing the Quattro, which has more sensitive antennas. This does not however fix the inherent sound quality issues of using low energy audio streaming, nor does it allow you to connect to devices apart from those which have the specialised protocols. Hopefully limited Android streaming will follow soon - expect it to be very limited to very specific new handsets though.

Then there was a glimmer of hope

In 2017 Sonova released the Phonak Audeo Direct and the Moxi All. These devices were based on Sonova's Sword 2.0 wireless radio chip and allowed phone call streaming to one ear only. These were the first hearing aids based on Bluetooth classic. This was possible as the Sword 2.0 chip was more efficient with its power usage than any other Bluetooth classic chip.

This provided the benefit that you could connect to any mobile phone with the hands-free protocol. So even some older flip phones works with it. It also allows you to use the hearing aid as a truly hands free headset. Your voice is picked up by the microphone of the aid, so your phone could stay in your pocket. Stereo streaming of phone calls or any other type of audio is out of the question as the connection is purely one ear only.

But it came at a very high cost

The Sword 2.0 chip can only connect to external devices. Older hearing aids, than those with the Sword 2.0 chip were able to share audio in real time between them (binaural features). This offers significant benefits in noise and other challenging environments. Sadly this capability is lost in the Audeo Direct and Moxi All. So the price you had to pay to have a 'made for all' hearing aid is poorer hearing in noise! Not a compromise most people would willingly make. As a result I do not tend to fit many of these, particularly in the higher ranges where the binaural features is what sets the higher end technology apart.

Sonova was well aware of the limitations, but were not resting on their laurels. They have just launched a new hearing aid range, the Audeo Marvel, that fixes all these issues and much more. This has been made possible by their more efficient Sword 3 chip. The Sword 3.0 chip can handle more protocols than the Apple Airpod and can deliver 8 hours worth of streaming (4 hour Bluetooth and 4 hour TV using their Airstream technology and the hearing aid will operate for 16 hours from a single charge. This increased power efficiency has even made the use of the smaller size 312 battery possible, for a more discreet design.

Critically, it also restores the binaural features so critical at improving speech hearing in noise.

The proof is in the sound

Phonak's new release Marvel delivers even more benefit. Phonak is the first company to use its unique intelligent classifier to differentiate between streamed audio and streamed speech. Big deal, you might think as I did. That was until I actually listened to a pair.

What I found was that these hearing aids sound much more like decent quality headphones. Sure they didn't deliver quite the rich bass that headphones do. That, however is to be expected as my ears weren't plugged at all, like headphones tend to have to do to get 'punchy'. So I could listen to music and speak without feeling blocked off.

They delivered a crystal clear, rich sound. A sound that was not tinny, nor did it drop out or crackle or pop. Just really nice. I could listen to these all day without getting irritable and they are a LOT more comfortable that headphones. I am certainly no audiophile, but I could see these replacing my headphones easily.

What can you hook them up to?

I was easily able to hook up the Marvel to my iPhone. I also tried hooking it up to our office Bluetooth desktop phone and it seemed to work.  I was also told that you'd be able to hook it up directly to Bluetooth televisions and other Bluetooth audio devices such as laptop computers.

The only limitation is that only one such Bluetooth classic device can be connected to the hearing aids at any one time (This is being resolved by a firmware update coming in September 2019). So if you wish to use your TV's built-in Bluetooth and your phone, you'd need to disconnect the one not in use manually. Alternatively, you can use Phonak's own Bluetooth TV Adaptor without having to disconnect the phone first. Phonak's Airstream technology has the added benefit of using less battery power and delivering even higher quality audio, if that is possible.

The Sword 3.0 chip also has RogerDirect connectivity (available as an software upgrade towards the end of 2019). This will allow hearing aids with this chip to connect directly to a Roger microphone. FM basically allows for better hearing in noise and over distance. You may not have heard of it as it used to be very fiddly to set up, but a great help when needed. This ability will bring remote microphone technology much more into the mainstream. I am really excited about this one in particular as many people can benefit from this technology, but it has been too hard up to now for most clients and clinicians to bother with.

The first Marvel ranges that will be delivered are the most popular styles. Marvel launches with a size 312 battery receiver in the ear model (M-312) as well as a receiver in the ear model with built-in Lithium-ion rechargeable battery (M-R). For the first time made for all connectivity (by Phonak) as well as Lithium-Ion rechargeability will be available in all ranges. Even the M30 level, previously devoid of such niceties, will have both streaming and rechargeable batteries as an option. 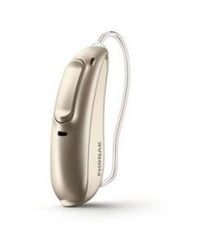 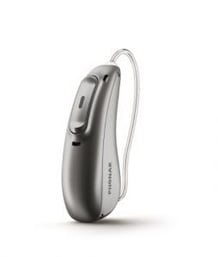 Marvel will be delivered to clinics from the 3rd of December, but I expect stock to be limited and demand to be great.

The size 312T and 13T  became available in February 2019, while the rechargeable with Telecoil is available very soon.

The Phonak Marvel whas been very well received. It has been one of the best selling hearing aid ranges ever released. The Phonak representative has also told me that they have never had so many people attend their launches before either.  I personally use a pair daily to listen to my music and podcasts, replacing my current set of MFI hearing aids. My wife has also replaced her MFI hearing aids as well because the streamed sound quality of these hearing aids speak for themselves. She preferred Phonak's ability to improve hearing in noise before, but the lack of phone connectivity made her look elsewhere, until now.

If you're an Android user, the choice is very clear. The Marvel is where you need to be looking. If you have current MFI hearing aids and you're happy with them, then there is no urgent need to upgrade. At least you know that when the time comes to upgrade, much better sound quality awaits. I expect other manufacturers to take note and try to find ways to improve on their streamed sound quality. I am not sure if they'll get there without developing their own version of the Sword 3.0 chip. Maybe Phonak would be open to licencing agreements?

We can now find similar capabilities, which were missing from the Moxi All, in the Unitron Moxi Jump and Fit models, released in 2019. They generally lag by about six (6) months behind Phonak with new chip updates as Phonak is Sonova's Premium brand.

My best guesses (I could be quite wrong as I don't work for Sonova):